Do You Have To Pay Restitution If You Are Convicted Of A Drug Offense? 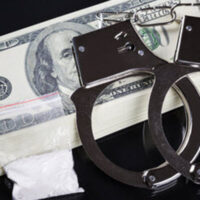 Most people who plead guilty to crimes are motivated, at least in part, by the fact that defendants who plead guilty usually receive lighter sentences than defendants who are found guilty at trial.  When you are facing criminal charges for drug possession or another drug offense, your biggest concern is probably whether or not your sentence will include jail time.  In fact, there are many different possibilities for criminal sentences, and as long as they are within the statutory minimum and maximum, judges have a lot of flexibility about what kind of sentence they give you.  For example, you might get a fine, probation, community service, or some combination thereof.  For some crimes, judges can order convicted defendants to pay restitution to crime victims.  To find out more about the possible penalties for drug crimes and how to avoid them, contact a Florida drug offense attorney.

Restitution is money that courts order defendants to pay, instead of or in addition to fines.  The difference is that, when you pay a fine, the court keeps the money, but when you pay restitution, the court gives the money to the victim.  This means that restitution is usually applicable in cases where there is an identifiable victim who suffered financial losses because of the crime.  The courts often order defendants convicted of theft or financial crimes such as healthcare fraud or credit card fraud to pay restitution.  In cases that involve injury, the court sometimes orders the defendant to pay restitution to cover the victim’s medical expenses; this applies in the case of crimes like assault or DUI resulting in injury.

Drug possession does not intrinsically involve damaging someone else’s property or causing physical injury.  Therefore, if your only charges are for drugs, your sentence probably will not involve restitution.

Criminal Convictions for Drug Crimes Are Expensive, With or Without Restitution

Even if the court does not order you to pay restitution or serve time in jail, getting convicted of drug crimes is expensive.  The fines and fees can add up to a lot, and you must pay for your own drug testing, probation, and GPS monitoring, if applicable.  Worst of all, the effects of having a criminal conviction on your record add up to many thousands of dollars in lost income over a lifetime.  If you look at the big picture, hiring a criminal defense lawyer in a drug case, even if it is for misdemeanor drug possession, is a wise choice from an economic standpoint.  It will save you a lot of money over the course of your life, and it is more affordable than you might expect.

A Central Florida criminal defense lawyer can help you avoid a conviction or an excessive sentence if you are facing charges for a drug offense.  Contact FL Drug Defense Group in Orlando, Florida to discuss your case.