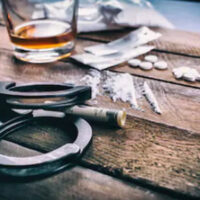 The legal term “inchoate offense” refers to criminal offenses where the defendant was preparing for or in the early stages of another crime, known as the target offense, but got caught before the crime could reach the stage where it could cause physical or financial harm to victims.  The word “inchoate” comes from a Latin word meaning “beginning” or “becoming.”  Criminal charges that fall under the category of inchoate offenses often include the words attempt, conspiracy, or solicitation.  For example, if the target offense is drug trafficking, you could be charged with conspiracy to commit drug trafficking if you participated in a drug trafficking operation but got caught before you received a shipment of drugs or before you resold it.  If you are being accused of an inchoate offense related to the manufacture or distribution of illegal drugs, you need a Florida drug offense attorney.

Yes, You Can Be Convicted of Participating in a Drug Deal That Never Happened

Inchoate offenses do not result in penalties as severe as those for drug trafficking, which can carry a sentence of life in prison, but you can still get prison time for conspiracy to commit drug trafficking and similar offenses.  If the only thing that stopped you from completing the target offense is the fact that you got caught or the fact that things did not go according to plan, you can still be charged with the target offense.  These are some examples:

One of the most compelling defenses to an accusation of an inchoate offense is abandonment.  In this defense, you claim that you voluntarily and completely stopped participating in the crime before you got caught.  For example, in the case of the messages about the oxycodone tablets, your best defense is if your phone actually contains a message where you tell the supplier “no, thanks,” but you might also be able to use the abandonment defense if your last communication with the dealer or any other co-defendants took place six months before the drugs were shipped, and the price your co-defendants paid for them was not the same as what the supplier quoted you six months earlier.

A Central Florida criminal defense lawyer can help you if you are being accused of planning a drug deal, even if the drug deal never occurred.  Contact FL Drug Defense Group in Orlando, Florida to discuss your case.