If Fentanyl Isn’t the Deadliest Drug in America, Then What Is? 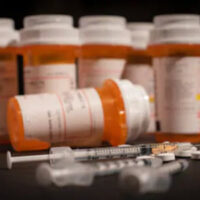 The “war on drugs” rhetoric that predominated in the last quarter of the 20th century may be a thing of the past, but fear mongering in the mass media about illegal drugs still remains.  It is true that opioid overdose deaths have increased dramatically in the past twenty years, which is scary.  It is also true that it is easy to buy many drugs on the Internet and difficult to know with certainty what they are, which is also scary.  Despite this, the stigma against drugs leads to excessive punishment for possession of controlled substances, much more than it leads people to be cautious about using potentially dangerous psychoactive drugs.  A series of articles by German Lopez of Vox highlights the hypocrisy of the drug laws in the United States and of the public conversation of drugs.  Meanwhile, if you are facing charges for drug possession, it is not just in your imagination that you didn’t do anything so terrible.  A Central Florida drug crimes defense lawyer can help you stand up for your rights.

Both of the Deadliest Drugs in America Are Legal

As Lopez indicates, some recent changes in drug policy have reflected current data on how likely these drugs are to lead to death, either because of overdoses or because of accidents related to intoxication.  Addiction to prescription opioids has been the cause of much physical and emotional suffering for the people addicted to it and emotional suffering for the people close to them.  Fentanyl, the deadliest opioid, was involved in more than 20,000 overdose deaths in 2017.  As a result of the opioid epidemic, new regulations about the prescribing of opioids have been implemented, and harm reduction initiatives and medication-assisted addiction treatment have become more widely available.  Likewise, cannabis, which has not caused a single overdose death in all of recorded history, is getting closer and closer to being 100 percent legal in Florida.

Meanwhile, more than 73,000 deaths in 2017 were attributed to alcohol; these include accidents caused and acts of violence committed by people under the influence of alcohol and deaths from alcohol-related liver disease, as well as acute overdoses on alcohol.  Tobacco causes 480,000 deaths per year, by conservative estimate.  Despite this, both alcohol and tobacco are legal for purchase by all persons 21 years of age or older.  Lopez mentions some real and hypothetical policies to prevent alcohol-related and tobacco-related deaths, but even more interesting is what he only implies.  Namely, the mass hysteria about illegal drugs and the harsh punishment of people addicted to them or accused of possessing them are arbitrary and cruel.  Policy changes may be coming in the future, but for the time being, the best defense is a good defense lawyer.

A Florida drug offense lawyer can help you reach a reasonable outcome for your drug possession case, whether it is drug court or some other consequence.  Contact FL Drug Defense Group to discuss your case.

By FL Drug Defense Group | Posted on February 12, 2021
« Will You Get Drug Charges If You Have an Empty Canister of Whip Cream in Your Car?
The COVID-19 Pandemic Brought Out All the Substance Abuse Triggers While Making It Even Harder to Access Effective Treatment for Addiction »