Close Menu
Florida Drug Defense Attorney > Blog > Drug Crime Defense > Can You Get In Trouble For Alkyl Nitrites In Florida? 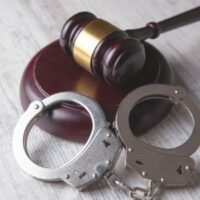 Drugs that the law universally considers “bad” are the exception rather than the rule.  For every big bad heroin, there are dozens of other drugs that have some accepted medical uses, even though their abuse potential is very high.  Some of the most widely abused drugs, including fentanyl, cocaine, and methamphetamine, are Schedule II controlled substances, which means that, at least in some contexts, it is legal for doctors to prescribe or administer them in a medical setting.  Then there are the substances that have psychotropic effects when ingested or inhaled but which were not meant to come into direct contact with the human body.  The term “inhalants” refers to chemicals which were not produced or intended for medical use but which have become popular for recreational use because they cause feelings of euphoria or relaxation when inhaled.  If you are facing criminal charges for illegal use of alkyl nitrites or other inhalants, contact a Central Florida drug crimes defense lawyer.

Various types of alkyl nitrites, including butyl nitrites, amyl nitrites, and propyl nitrites, have been used recreationally for more than a century.  They were discovered in the 1800s and used in medical settings to dilate blood vessels, but in later times, their medical use has been heavily restricted.  Amyl nitrites were at the peak of their popularity in the 1970s, when they were sold over the counter in fabric-covered glass capsules which would be crushed, and the vapors inhaled, causing a “rush” of euphoria and relaxation that lasted about two minutes.  They were especially popular in discos, where they were known as “poppers;” today that term is used to various alkyl nitrites sold in many different kinds of containers.

As with drug paraphernalia, the legality of alkyl nitrites depends on how you use them, not on the chemical composition of the substance.  Sometimes they are sold online as “cleaning chemicals,” “nail polish remover,” or “air freshener.”  You might even find small bottles of “cleaning chemicals” for sale in locked cases near the cash registers of gas stations or lingerie shops.  Meanwhile, Florida Statutes, Title XLVI, Chapter 877.111 criminalizes inhalation of harmful chemical substances and specifically lists alkyl nitrites among the substances included in this law.  Inhaling alkyl nitrites or possessing them for purposes of inhalation is a second-degree misdemeanor.  The sale of alkyl nitrites, on the other hand, is legal enough that, in civil lawsuits related to trademark infringement over the packaging of these products, both the manufacturers and the judge pretended that they were not being sold for human consumption, referring to them in court documents as “cleaning chemicals.”

A Florida drug offense lawyer can help you navigate the legal gray areas surrounding alkyl nitrites and other chemical products that have legal uses, as well as illegal ones.  Contact FL Drug Defense Group for help today.