While Researchers Investigate the Therapeutic Potential of Salvia Divinorum, the Plant Remains Illegal in Florida 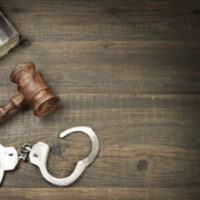 The line between “drug” as in medicine and “drug” as in recreational drug use is blurry in many contexts.  Many of the substances listed under the Controlled Substances Act have accepted medical uses.  In fact, a major impetus for the legalization of medical cannabis was that many patients found it more therapeutic and less intoxicating than the drugs that their physicians prescribed to them to treat anxiety, chemotherapy-induced nausea, and other conditions.  More recently, there are calls to decriminalize a variety of psychedelic substances because of their purported effectiveness at treating clinical depression, post-traumatic stress disorder, and even drug addiction.  One of these substances, Salvia divinorum is even the subject of ongoing clinical trials to determine its safety and effectiveness as a treatment for various psychiatric conditions.  If you are facing criminal charges related to the possession of Salvia divinorum or any other entheogenic or psychedelic substance, contact a Central Florida drug crimes defense lawyer.

What Is Salvia Divinorum?

The Salvia divinorum plant grows in the cloud forests of southern Mexico.  It belongs to the same genus as sage, a common kitchen herb.  It was first described in writing in 1939, in the context that the Mazatec people of southern Mexico use it in traditional healing and divination rituals.  The traditional method of ingesting Salvia divinorum is to drink a beverage made from the leaves, or else to chew the leaves, but in the United States, people often smoke the leaves from a water pipe.

He psychoactive effects of Salvia divinorum begin minutes, or even seconds, after ingestion, and they last less than an hour.  For this reason, it is sometimes called “the businessman’s trip” in the context of recreational use.

The Legal Status of Salvia Divinorum

Federal law has not criminalized Salvia divinorum, in large part because it did not attract the attention of lawmakers until recently.  After Internet rumors and disturbing videos began to circulate, depicting young people behaving erratically under the influence of Salvia divinorum, some states moved to criminalize it.  It is illegal to possess, transport, or sell the plant in Florida; a conviction of illegal use of Salvia divinorum can get you a sentence of up to five years in prison.  Florida’s Salvia law has only been on the books since 2008.

The movement to use Salvia as a treatment for drug addiction and other psychiatric conditions is at least as old as the movement to criminalize it.  The plant is currently being tested in clinical trials.  Its mechanism of action is somewhat different from other psychedelics, which also have their proponents who believe in the substances’ potential to treat depression, or even addiction.

Medical science is just now catching up to what many aficionados of entheogens have always known, but Florida law does not see things that way.  A Florida drug offense lawyer can help you fight unfair criminal charges related to Salvia divinorum.  Contact FL Drug Defense Group to discuss your case.

By FL Drug Defense Group | Posted on January 15, 2021
« Man Gets 17-Year Prison Sentence After Receiving Shipment of Ecstasy Pills from the Netherlands
Will You Get Drug Charges If You Have an Empty Canister of Whip Cream in Your Car? »