In Florida, You Can Still Go to Jail for Possession of Small Amounts of Marijuana 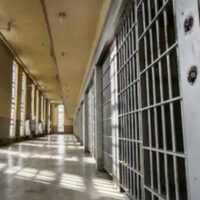 Floridians have been loud and proud about their love of cannabis for decades; T-shirts, keychains, and wall hangings displaying pot leaves have been top selling items at mall kiosks since Dr. Dre and Snoop Dogg made their first appearance on the singles charts in the early 90s.  Florida’s cannabis laws, however, are behind the times; legal recreational use of marijuana in Florida is still at least a year away.  Therefore, if you decide that smoking a joint would make your breakfast orange juice taste even sweeter, or if you become the next person to experience Disney World while high, you run the risk of criminal charges.  In many parts of Florida, you can go to jail for drug possession even if the only drug you had on you was just enough marijuana for one joint.  If you’re going to get caught with weed in Florida, Orlando is one of the best places to do it, but you should still contact a Florida drug possession lawyer.

Penalties for Cannabis Possession in Florida

According to state law, possession of 20 grams or less of cannabis is a first-degree misdemeanor.  If convicted, you can face a fine of up to $1,000, as well as up to one year of probation or even up to one year in jail.  Driver’s license suspension is another possible part of the punishment for a cannabis possession conviction.  Having a marijuana possession conviction on your record could exclude you from government jobs if you decide to apply for one in the future.  The same consequences apply for possession of edibles or other products with 600 milligrams of THC or less.

Florida’s marijuana laws may change in the near future.  IN 2019, Rep. Shervin Jones (D- Broward County) introduced HB 25, which would make possession of 20 grams or less of marijuana or its equivalent punishable by civil penalties instead of criminal ones.  If the bill passes, it will go into effect in the summer of 2020.

Even though decriminalization at the state level is still only a possibility, several cities in Florida, including Orlando and Tampa, have passed laws to treat possession of small amounts of cannabis as civil violations instead of as crimes.  Therefore, the penalties for cannabis possession are much more like the penalties for traffic violations.  In Orlando the punishment is a $100 fine for the first offense and $200 for the second.  In Tampa, the fines are $75 for the first offense, $150 for the second, and $300 for the third.  Meanwhile, medical use of cannabis is legal in Florida, so if you have a medical cannabis card, you cannot be punished for possessing small amounts of marijuana.

Florida’s cannabis laws may change soon, but it can be difficult to recover from a conviction for cannabis possession.  Your best choice is to hire a Florida drug crime defense lawyer.  Contact FL Drug Defense Group to discuss your case.

By FL Drug Defense Group | Posted on December 12, 2019
« Post-Adjudicatory Drug Court Is Better Than Prison, but It Isn’t a Panacea
Drug Crimes Related to Vaping »